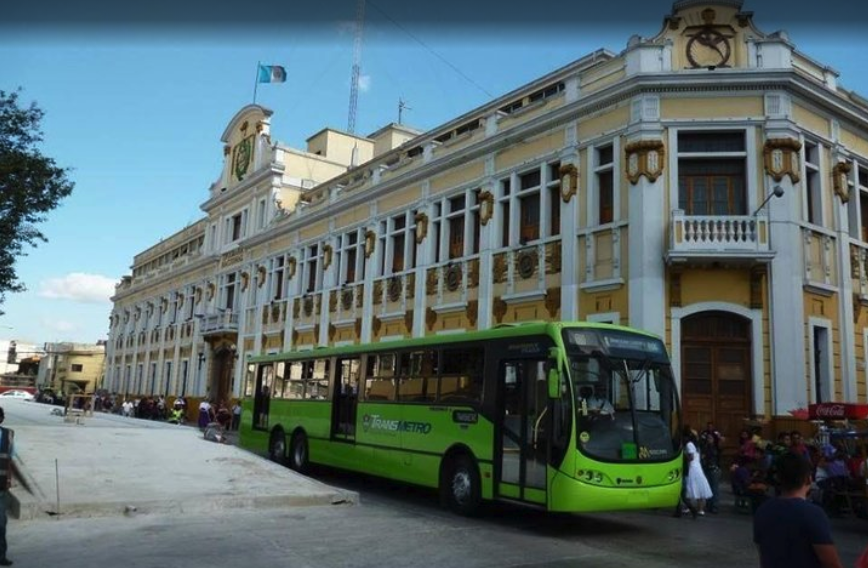 Itinerary
This is a typical itinerary for this product.

Here we can see all the buildings in the area, such as: Town Hall, Banco de Guatemala, Banco Credito Hipotecario Nacional, social security offices.

Stop here: Rectoral parish of Our Lady of Remedies, 6A Avenida A 18-36, Guatemala

The Church of Our Lady of the Medicines or El Calvario is one of the most visited secular Catholic communities in Guatemala City. It was originally located at the end of the sixth avenue in the historic center of Guatemala City on the "Cerro del Cielito". In 1936, it was converted into the National History Museum and later demolished to expand one of Guatemala City's main streets.

The Guatemalan post and telegraph building, formerly called the Palacio de Comunicaciones, was designed by Rafael Pérez de León and Enrique Riera and was built during the reign of Jorge Ubico. Construction began on the building in 1938, and the first phase was opened two years later as part of the President's birthday party. Two more subsequent phases were completed in the next five years.

The Ibargüen house in Zone 1 of the historic center was the old Beltranena Palace, which was built in 1778. It is now the seat of the Foundation of the Historical Center.

The Constitution Plaza, also known as Central Park, is the largest square in Guatemala and is surrounded in the north by the National Palace, the former government seat, in the east by the Metropolitan Cathedral and in the south by the Portal of Commerce for Centennial Park and the National Library from Guatemala. It is located on Zone 1 Sixth Avenue in Guatemala City. The plaza hosts some of the most important events in the country, such as the Guatemala Independence Day celebrations and parades, concerts and speeches. It was also the scene of comparisons and fierce criticism from the Huelga de todos los Dolores government, a parade of students at the University of San Carlos, and demonstrations and protests against the Guatemalan government.

The history of the city cathedral of Guatemala City. The Metropolitan Cathedral has had countless events for over 200 years, including two major earthquakes, independence and a revolution. ... On July 23, 1860, the new Carrara marble altar was erected in the cathedral.

Shortly before the Kingdom of Guatemala gained independence, there was a fairly large piece of land to the east of the cathedral with an abandoned square - the old Plazuela de El Sagrario - and a half-destroyed temple that served as the Sagrario chapel, then in the building. There was also a cemetery that was closed for over-burials as the capital was relocated to the La Ermita Valley. Dr. Mariano Gálvez came up with the idea of ​​turning this unsanitary place into a market that met the public requirements and, as a first providence, decided to move the cemetery to the large country called San Juan de Dios. The premature exhumation of newly buried bodies was attributed to the appearance of pathological cholera, so that the work had to be paralyzed.

A moment to end with a Guatemala coffee cup on San Martin The old Pavón house on the Paseo de la Sexta and in Street 10 of the historic center has been revitalized to accommodate a new guest: the bakery and the coziest restaurant of the San Martín chain.

Cancel at least 24 hours before the date of your activity for a full refund.

Explore things to do